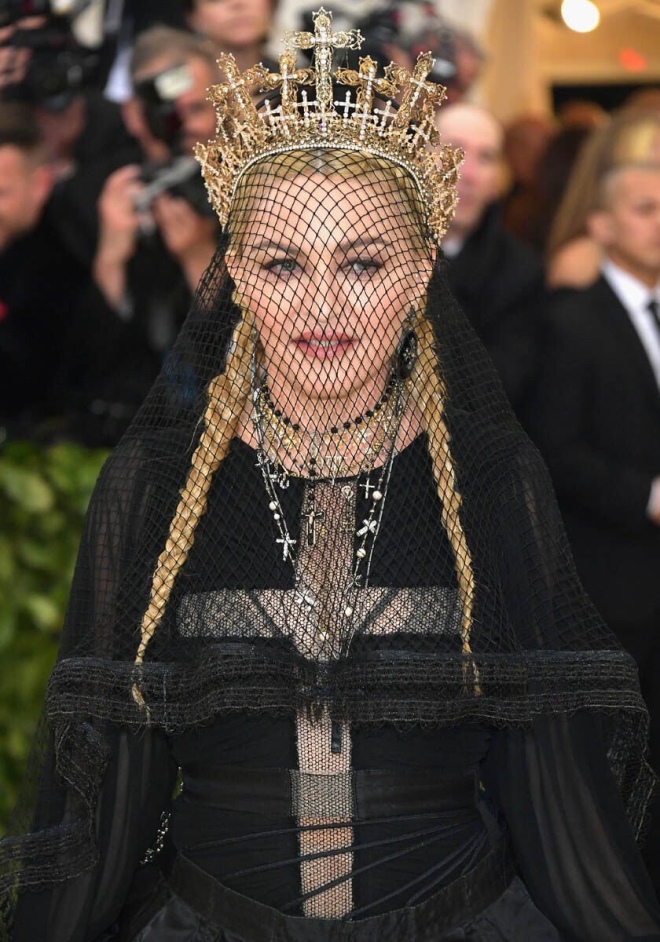 When the Icons Become the Icons: The Met Gala Red Carpet

Its the (Real) ICON+ICONIC (Images)+the ICON (historical) that all merge into one powerful image of stardom at the Met.

The stars aligned for a night of Ideas, Imagery and Icons of Catholicism who took over the METROPOLITAN MUSEUM where the celebrities get to play dress up for one night only. Many gorgeous gowns arrived, but there was really only one or two celebrities who used not only exemplified the theme, but their powered up their own brand story as well. I am talking about MADONNA, KIM KARDASHIAN and JENNIFER LOPEZ. What made these image makers so unique from the usual red carpet fare?

Madonna was dressed like a “Virgin” in her Mexican/Russian/Romanian/Spanish ensemble; it made liberal use of the iconography of the Virgin crown, the black Spanish Duenna gown (sourcing both Velasquez and Manet) mixed with a liberal dose of the “Evita” veiling reminding us of one of her greatest roles. JAYLO decided to dress as a ROMANESQUE Virgin Mary wearing a stunning gown that was bejeweled and drew inspiration from the mosaics of the Romanesque period. A breathtaking design that brought both the art of the church and its historic designs into one unique red carpet moment with a dash of cleavage and leg. KIM KARDASHIAN took her perfume bottle (designed after her own iconic body) and with her look actually “trans morphed” into her brand. With a NOD to the theme in the form of an embroidered cross on her dress, the gold metallic gown borrowed from the world of religious iconic imagery by using the idea of pure gold leaf on a carved wooden figures just like those seen in churches in the early christian world. To understand the iconography of the early Christian church, you cannot ignore the beautiful and extraordinary architecture of the Muslim places of worship many of which later became early Christian churches. The cross-pollination of both religious is very evident in the art, architecture and sculpture in this early period. Here is a moment in which the pop culture figure blends into an almost psuedo-religious moment, especially if you are a fan. The MET Red Carpet is now one of the most sought after platforms to make, break or re-make your fame and fortune. For the audience of fans and friends of the museum it continues to surprise and delight with a pageantry for the fashion world. 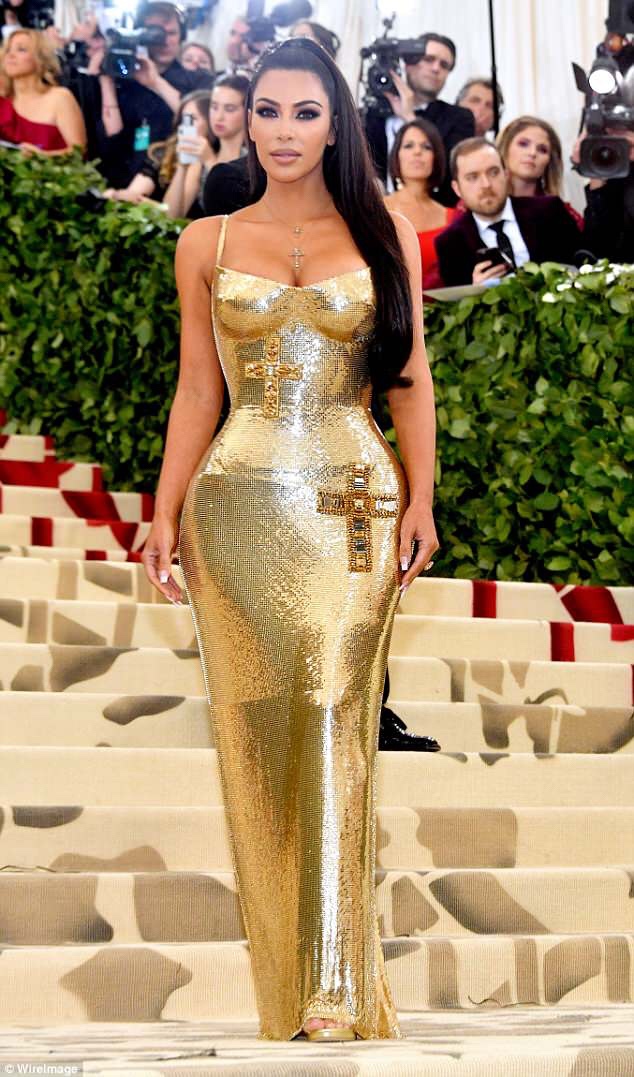 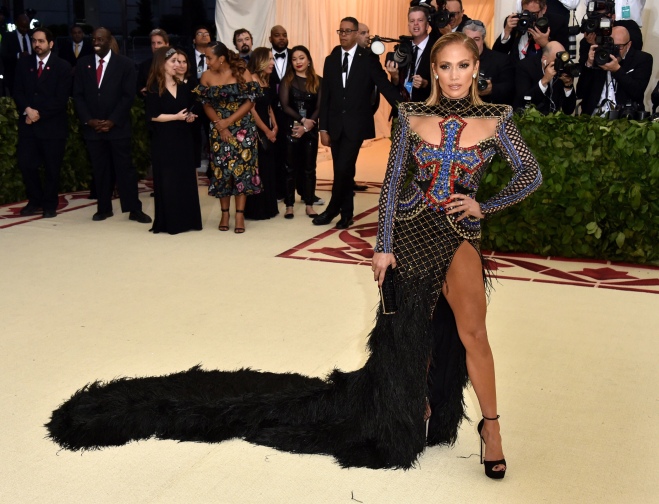 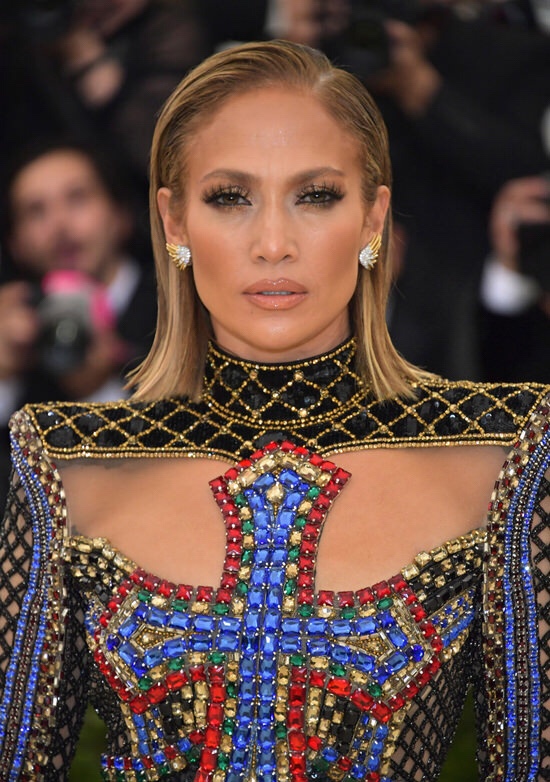